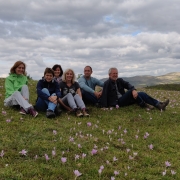 The goal of this promotional and media campaign is to inform the public in Serbia about the improvements in the agricultural sector, as a result of significant EU investments in the past almost two decades. The campaign began in mid-September and will last for about six weeks.

As part of the campaign, the project “PORALIST” implemented within the First Call for Proposals withinthe  Cross-border Cooperation Programme Serbia-Montenegro 2014-2020 was presented.

You can watch the video and the story of the project below.